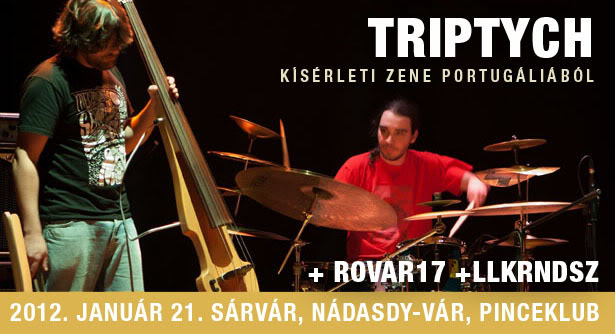 Triptych consists of a musical performance by three musicians that share a common perspective on contemporary music, blending elements of avant garde, electroacoustic music, free jazz, new rock and improvised music. The performance is divided in three parts, each containing a different approach and methodology.

The performance is divided in three parts, each containing a different approach and methodology:

I. The Most People Have Been Trained to be Bored 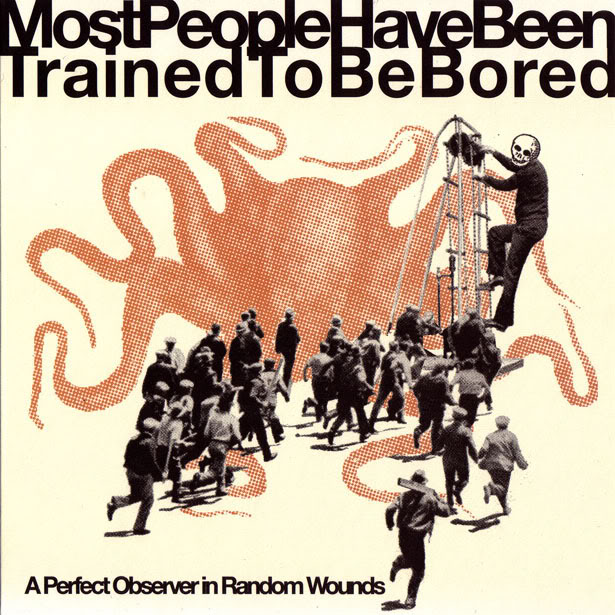 Electroacoustic compositions that combine the raw nature of sound with organic electronic manipulations. In this work, Gustavo Costa explores practices of contemporary music and explores percussive elements, prepared piano and electronic synthesis. He has recently released a record (“Slow life in the age of hyperstressed communities”, 2011) by the Italian label Setola di Maiale.

This is a band (double bass and drums) from the experimental musical scene of Porto. It’s music can be described as a combination of Free Jazz and Krautrock, ranging from complex and rigid rhythmic structures to dense drones.

Abot the musicians of Triptych:

Began his musical studies in 1989 at the Jazz School of Porto. In 1998 completed the course in percussion at the Professional School of Music in Espinho, under the guidance of Miguel Bernat. In 2002 completed the degree in Production and Music Technology at the Higher School of Music and Performing Arts, Porto. He studied drums in Drumtech Music Institute in London and Sonology at the Royal Conservatory of The Hague with teachers Konrad Boehmer and Clarence Barlow. In 2010 finished his master’s degree in Composition and Music Theory at the Higher School of Music and Performing Arts in Porto, where he studied with teachers Dimitris Andrikopoulus Frederick Gifford and attended composition seminars with Jonathan Harvey and Kaija Saariaho.

As a musician and composer he is involved in numerous musical projects in the areas of underground rock, improvised and electroacoustic music. He has played with Damo Suzuki, Steve Mackay, John Zorn Cobra (directed by John Zorn), Christian Wolff, Barbez, Tres Tristes Tigres, Mark Stewart, Alfred Harth, Margareth Kammerer, Martin Brandlmeyer, Raz Mesinai, Massimo Ward, Helge Hinteregger, Charles Xavier Adolfo Luxúria Canibal, among many others. He has played regularly throughout Europe and the United States, having his work published in several record labels. He also obtained the first prize in the electroacoustic composition Musica Viva 2000, organized by Miso Music.

Began his musical studies in 1992 at ARTAVE studying double bass in the class of Prof. Alexander Samardjiev. He concluded in 2005 his license degree in double bass at Higher School of Music and Performatic Arts of Porto with Prof. Florian Petzborn. Parallel to the world of classical music, he collaborates in several projects of experimental music such as Mecanosphere, F.R.I.C.S, Lost Gorbachevs, Two white monsters around a round table, Open Gate 5, Stealing orchestra, Colectivo BLOB, Srosh, Space Ensemble, Soopa Collective, among others. In the last years he also played or collaborated with a range of musicians and artists from different areas: John Zorn, Damo Suzuki, Mark Stuart, Dan Kaufman, Christian Wolff, Carlos Zingaro and others. He is currently developing a program financed by Casa da Música (Porto) oriented to the creation of a ensemble of contemporary music working in the construction of non-conventional musical instruments and sound objects. He also directs frequently workshops in the area of musical creativity.

João Filipe is a Portuguese drummer / percussionist from Porto, with explorations and participations within several genres of music production, from Free Improvisation, Jazz, Industrial to Punk and Rock…

Rovar Salome and Attila began work on this summer in Völgyfesztival (Kapolcs), International ARt Camp (Jazzbereny), R33 and some more places. They combine sound therapy and sound installation, all tones and noises are controlled by conscious and some more from consciousness. In the beginning they used film of Bill Viola`s The Passing` and created special enviroment for that. 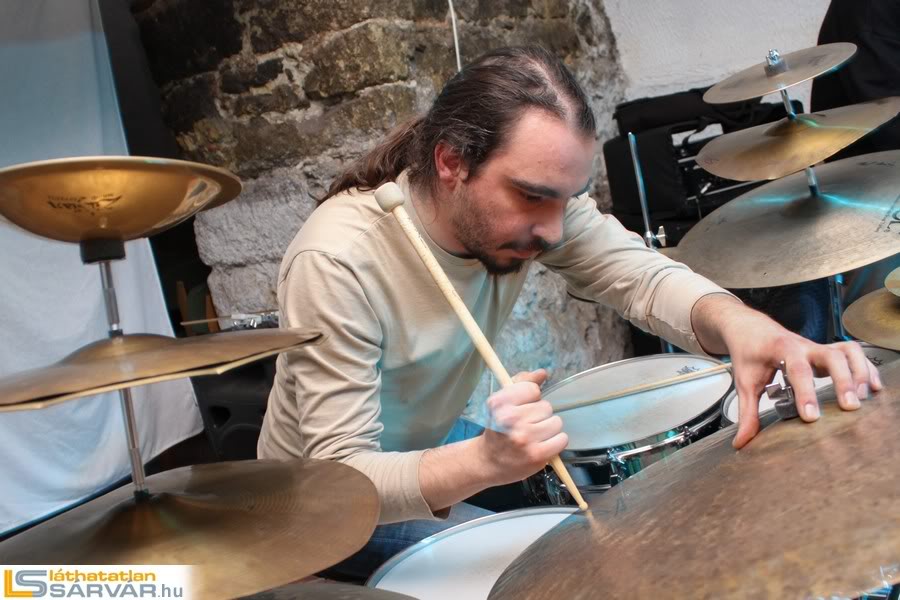