At that time – early 1980 – we, the Regös group, already had an established repertoire. We played folk music learned from Feri Sebők (from his book ‘Szól a Síp’) from groups we accompanied, i.e. Ungaresca, the Ádám Béri Balogh group from Körmend, the Néptánckör from Sárvár, from famous coreopgraphers, like Ernő Pesovár, János Horváth, László Antal and István Kondora. Along with the style we learned from one of our founding members, Géza Borsos, provided enough impetus which our members, György Kálóczi, violin, Géza Pongrácz, viola, György Nagy, oboe, flute and Turkish pipes, and myself, guitar and hurdy-gurdy, could use to perform at dance houses, festivals or as a group accompanying dancers. We already performed abroad. We were twice in France (1977 and 1978) we even played in Paris along with the Ungaresca dance group (we accompanied them since 1975), we were at a festival in Bretagne with a group from the town of Körmend and 1980 were in the Austrian town of Krems. 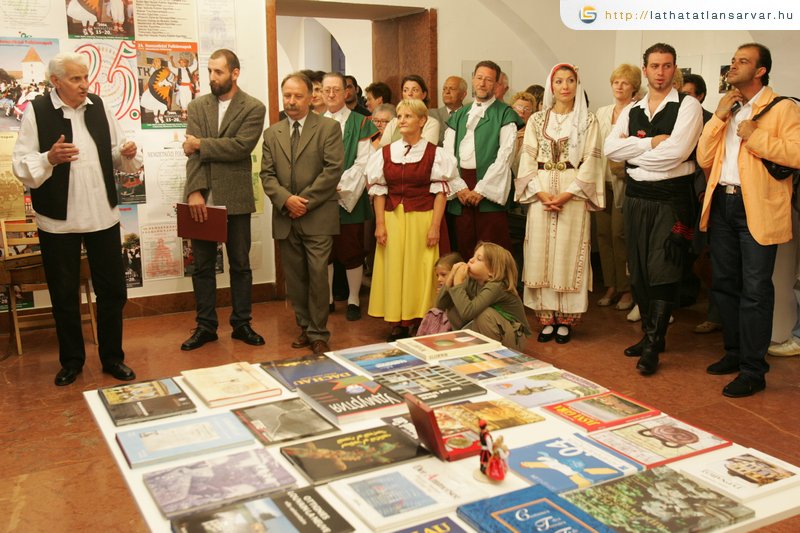 The idea of the International Folklore Festival came to existence by chance: At that time I got my degree at the Faculty of Arts, my topic was the music of verse and I thought of getting visit cards made. At the festival in the town of Krems we had many performances with the Ádám Béri Balogh dance group, lead by László Antal, from the town of Körmend. We were already on the way back home when a familiar face asked about the address of the Regös group and my visit card. Within a month we received an invitation to the I. International Folklore Music Festival in the Austrian town of Puchberg am Schneeberg for the end of May 1981. The invitation was signed by Mr. Alexander Veigl, Secretary General of the International Organisation of Folk Art (IOV). We were glad to accept the invitation and played music at the lakeshore, facing a sweets shop, famous for its Marzipan Museum. This was the way we entered a new sphere with new relations, friends and folk music and this was the first time we were recorded. We played folk songs from Vas county, military songs from Transylvania and songs from the village of Méhkerék.

There we decided to organise a similar festival in the town of Sárvár, we even had our eyes on future participants. The next summer, in the year 1982, we invited the Swiss group, consisting of yodelling twins, Margit and Bertra Hofer and two young men playing mountain horn (such instruments were never played in Sárvár before), the Bavarian Wolfgangmusi group from the town of Wessling (three musicians: an Austrian zither player, a cymbal player and a guitar-accordion player along with four singers) and singer trio from Puchberg, the Schneebergbaum group. We of course invited Alexander Veigl, so we needed our friend and colleague Jenő Csete to interpret. 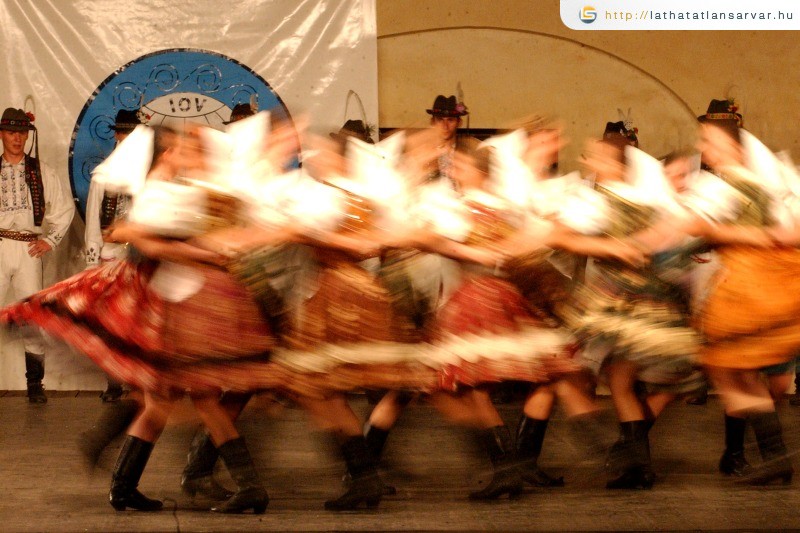 The idea seemed excellent, however, when they arrived, we realised that we had to provide our guests with food, drink and accommodation. They were accommodated with the help of the Culture Centre, mostly with families (for example at the Czigola family), since they only came for three days (Friday–Saturday–Sunday) and travelled back on Monday.
We also managed to solve the problem of eating and drinking (quite a lot). Even though the Kálóczi’s house had not yet been completed, all their furniture was crammed into one room; the rest of the house was empty. So the 20–30 guests (Alexander Veigl and his wife, Wolfgang Klefasz and his wife, Jenő Csete and his wife, Hans, the mayor of Wessling, and his wife, neighbours providing the chairs, our group and friends, leaders of the dancers) were all accommodated downstairs. Géza Pongrácz’s wife managed to get chicken meat from the nearby processing factory and made a stew with oregano, Mrs. Kálóczi made a delicious bean goulash, and Gyuri Kálóczi brought delicious red-wine, so the first evening was spent in “high spirits”.  Some of the guests, such as Uwe, the accordion player, slept there.

The other days went by in a similar way, all the meals (but mainly breakfasts and lunches), but Mrs. Kati Szabó said that the “victims” ate their dinners (Hungarian lecsó) at our place and during these occasions our Swiss musician friends got a little tipsy from the wine. The central meeting point was the Kálóczi’s house. This was where our guests from abroad ate and drank, this was the place from where we went to visit Géza Pongrácz in the hospital, and those too lazy to go back to their accommodation also slept here. The Kálóczi family got the water from Jóska Kontó, Géza’s wife got the meat from the neighbouring processing factory, and because somebody always thought of the Kálóczi family, they regularly appeared at about midnight and the party went on until the break of day.
The performances of the groups from abroad were a huge hit and created the opportunity for us to invite foreign guests in the following years as well. The IOV leadership gave their consent – based on talks with us – and Alexander Veigl told us that Regös is welcome to next year’s festival in the town of Puchberg, Austria and to other IOV programs. Our common discussions revealed that the courtyard of the Nádasdy castle was indeed suitable for hosting such festivals. There was a similar annual event in the Austrian town of Krems, which meant that foreign groups could visit us – Europeans one year and participants of the World Festival the other year.
After the gala evening the participants were invited to a dinner in the Várkapu restaurant.
Following that the Csinnye and Borsos families and the other members of our group went back to Mrs. Borsos’s “residence”, i.e. the register office, to consume the remnants of Friday’s cock stew with oregano. 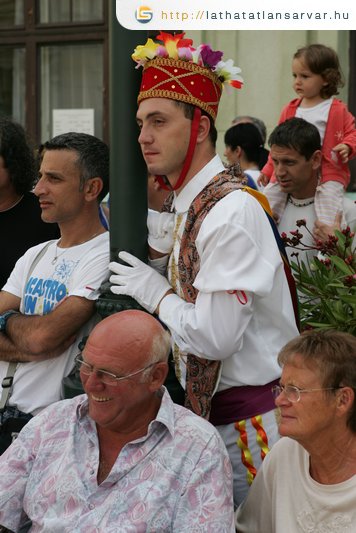 Our relations with the IOV, which had and still has the aim of providing non-professional groups from all over the world a chance to perform, has expanded ever since. In the course of the next years we welcomed famous groups from Turkey, Georgia, the Cook Islands, Algeria, Indonesia, China, Belgium, Basque Country, the Netherlands, Italy, the Czech republic, Slovakia, and Tinkunaku, from Bolivia, maybe the most prominent group of all Festivals.

Alexander Veigl took me, two years later, to a conference in Cagliari, Sardinia. Apart from various folklore programmes there were many lectures. I also held one about Hungarian folk art and music (with the help of Jenő Csete) in German. I was elected vice-chairman of the IOV, which at that time was UNESCO category II organisation, for two years (along with an African, Asian and Western-European vice-chairman) in 1989 when we could already feel the first breeze of a political transition, the Hungarian Section of the IOV could be founded. At that time it was chaired by Jenő Csete. His vice-chair was Prof. Vilmos Voight, from the Lóránd Eötvös University of Sciences and the secretary was István Kondora, director of the Ferenc Nádasdy Culture Centre. Mr. Kondora became the chairman later on and Mr. Csete was elected chairman for life. Some years later Mr. Péter Markó was elected European Secretary General of the IOV; today he is the head of the Hungarian section.

All this shows how man things we could “set in motion” and this was the way – or at least this is the way I remember – the Folklore festival in Sárvár started and became international. 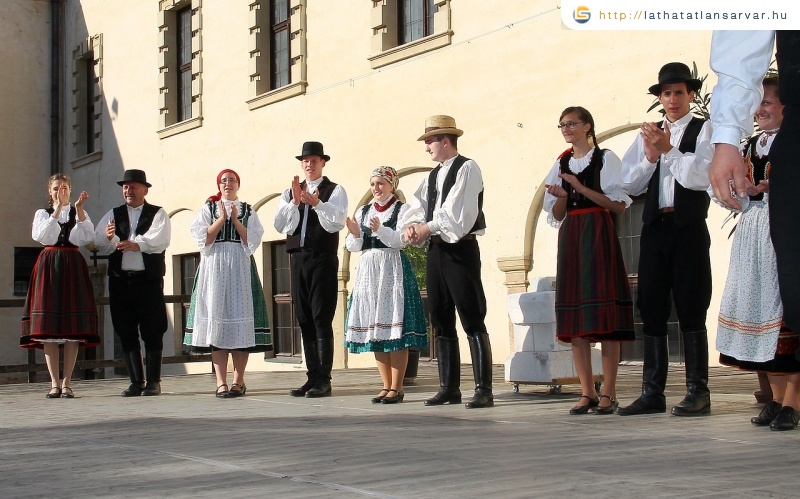 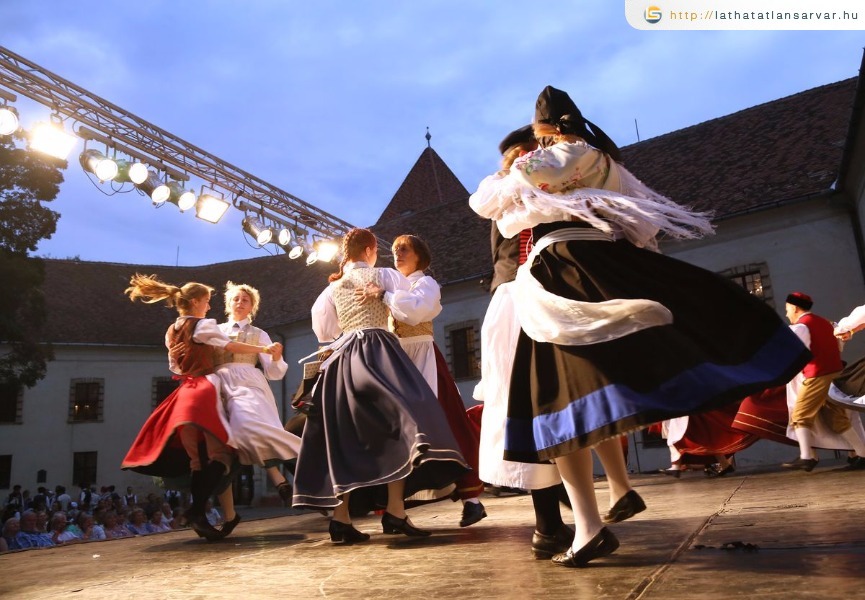