Today, it is hard to find a club or concert venue in rural Hungary that would dare to take risks and go against the flow, following its own values instead of those of the market. The Alternative Music Club (in Hungarian: Alternatív Zenei Klub – AZK) of Sárvár is compelled by both its history and the spirit of its location to transmit values without compromise and to serve contemporary popular music in the true sense of the word.

Compelled by its history, since it burst into shoots over the deadwood of a bygone era, where freedom of spirit could not be practised openly, but only ”underground”. The deadwood of an era that today’s youth or foreigners can hardly even imagine. Back then, there were no Internet, no downloads, no CDs, no music channels…instead there was political control and no choice but to hide, which slowly drove all those who dared and needed to think differently to a common focal point “beneath the surface”. Indirectly, this period produced perhaps the most exciting experiments ever in Hungarian popular music, special even in European terms, and also its closest-knit audiences, whom the Alternative Music Club, established in 1989, could already openly invite to its sessions after the transition to a democratic regime. 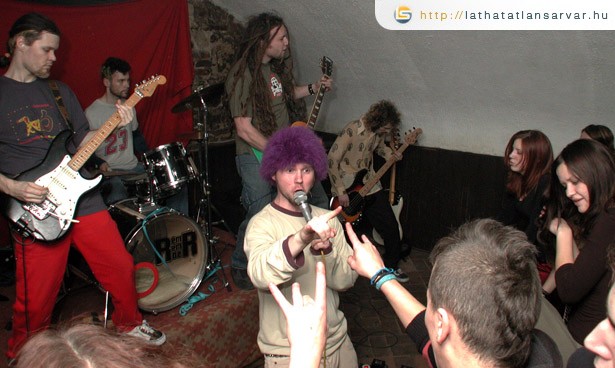 And compelled also by its „genius loci” – since the intellectual heritage of the Nádasdy Castle in Sárvár , with its illustrious past that includes the Nádasdys, Tinódi, and János Sylvester, carries a message that is very similar to the principle along which AZK aims to operate: the need for free, fresh – and above all – independent thinking.

AZK has raised several generations since. We live in different times, where we no longer need to fight the distance of years, kilometres, and political systems to obtain an LP. Today, there are plenty of opportunities, which for the most part remain unfortunately just that, as we seem to forget how to take advantage of them. Mass taste, alas, has not become any more independent – even today far more content and value can be found beneath the surface than on it, amidst the torrent of the commercial. Meanwhile, AZK – which has entered well into its adulthood – continues to try and do its job: to steer against the flow, represent, and transmit values with open eyes and ears. That’s what it aims to do on this website, as well – with success, we hope!